Born in 1945 in Sticker, near Saint Austell in Cornwall, David Tremlett has lived in Bovingdon since 1972. After attending Falmouth College of Art and Birmingham School of Art, he immersed himself in sculpture at the Royal College of Art in London. He made his exhibition début in London too, in 1969, at the Grabowski Gallery.

Two years later, armed only with pencil lead and lots of sheets of modestly sized paper, he hitch-hiked to Australia in search of his parents, with whom he had lost touch years before. It was an epic journey, whose artistic fruits are now held by the Henry Moore Foundation in Leeds. During later trips to India, Africa, Iran and Afghanistan, Tremlett discovered the potential of coloured powders, and developed a fascination for enormous, hand-painted, multi-coloured surfaces. So he gave up small artworks, and made wall drawings his preferred medium as of the 1980s. All over the world, he shows a preference for unusual places, sometimes even abandoned buildings, as was the case in Africa. Drawn on the walls surrounding the Manton Staircase at Tate Britain, inaugurated in September 2011 and on display until at least 31 December 2016, Drawing for Free Thinking marks the peak of David’s journey thus far. A journey that doesn’t sit comfortably in a few lines of biography.

The most intensely evocative of his permanent works include the Chapel of Barolo, an architectural gem in the Langhe region of Piedmont, which he decorated in 1999 in partnership Sol Lewitt; the British Embassy in Berlin, the Chapel of Santa Maria dei Carcerati in Bologna, the British Council Building in Nairobi, the stained glass windows of the Church of St Peter and St Paul in Villenauxe-la-Grande and Formigine castle in the Italian province of Modena. Solo exhibitions of his work have been held at the MOMA in New York, the Stedeljik Museum in Amsterdam, the Centre George Pompidou in Paris, the Miro Foundation in Barcelona, the Civic Gallery of Contemporary Art in Trento and the Pecci Contemporary Art Centre in Prato. 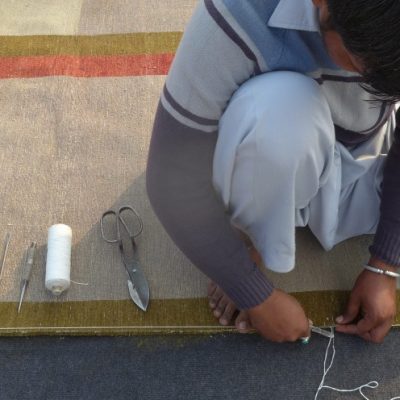 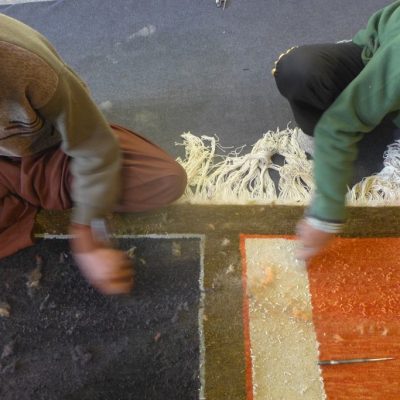